Vowel length contrast in motherese as a function of age

According to Lindblom’s H&H theory, speech production is speaker-oriented, i.e., in adverse listening conditions, speakers enhance intelligibility by the exaggeration of contrasts to produce „hyperspeech”. As infants are at an early stage of language acquisition, it is often hypothesized that infant directed speech (IDS) is also a type of hyperspeech (as opposed to adult directed speech, ADS, that is more on the hypospeech end of the continuum). Therefore, in IDS exaggeration of (linguistic) contrasts, e.g., phonemic contrasts, is suggested. With respect  to the phonological vowel length contrast, there is only a limited amount  of data available for IDS. Moreover, these data are also quite inconclusive (showing the expected contrast exaggeration in some cases, but revealing the lack of it in others), leaving us to the possible conclusion that contrast  exaggeration is not necessary and/or economical for IDS speech to  employ. In the present study we aim to contribute to this field of  knowledge through the analysis of Hungarian IDS. Hungarian is quite unique (as opposed to e.g., English or Japanese), as it uses both spectral and durational cues combined to express phonological length contrast: while low vowels are distinguished both by spectral and durational cues, high vowels are claimed to be differentiated mostly by durational cues. We addressed the questions, i) if we find contrast exaggeration in IDS vs. ADS in Hungarian, ii) if durational or spectral cues exaggerate the contrast, and iii) if the patterns of long-short vowel contrasts show an interrelation with the infant’s age between the age of 0 and 8 months.

We analysed /u/–/u:/ and /A/–/a:/ in 22 first-time mothers’ speech. Speakers read target vowels in one-syllable nonsense CVC words introduced as pixie names in a children’s story book to the experimenter (ADS), and then to their child (IDS), in pre-written sentences that contained the names in pitch-accented positions. We recorded IDS and ADS 3 times with each participant, i) the day after the baby was born (0m), ii) at the age of 4 months (4m), and iii) at the age of 8 months (8m) of the baby. We measured V durations, F1, and F2 values, and analysed absolute V durations, durational differences, and durational ratios of V pairs, and spatial differences of the Vs in the F1×F2 plane.

Results showed that although in general mothers did lengthen V durations especially in long vowels, durational contrast was only exaggerated in IDS, if operationalized by durational differences (and not by duration ratios). Further, we found no enhancement in the spectral domain in any of the analysed pairs; and lastly, we found no effect of the baby’s age. We concluded that these results (especially the duration ratio data) provided further evidence to the claim that phonological vowel length contrast is not exaggerated in IDS, and pointed to the questions, if durational cues of length are sufficient in IDS to support distributional learning, or word segmentation skills developing around the age of 1 are needed for the babies to acquire phonological vowel length contrast. 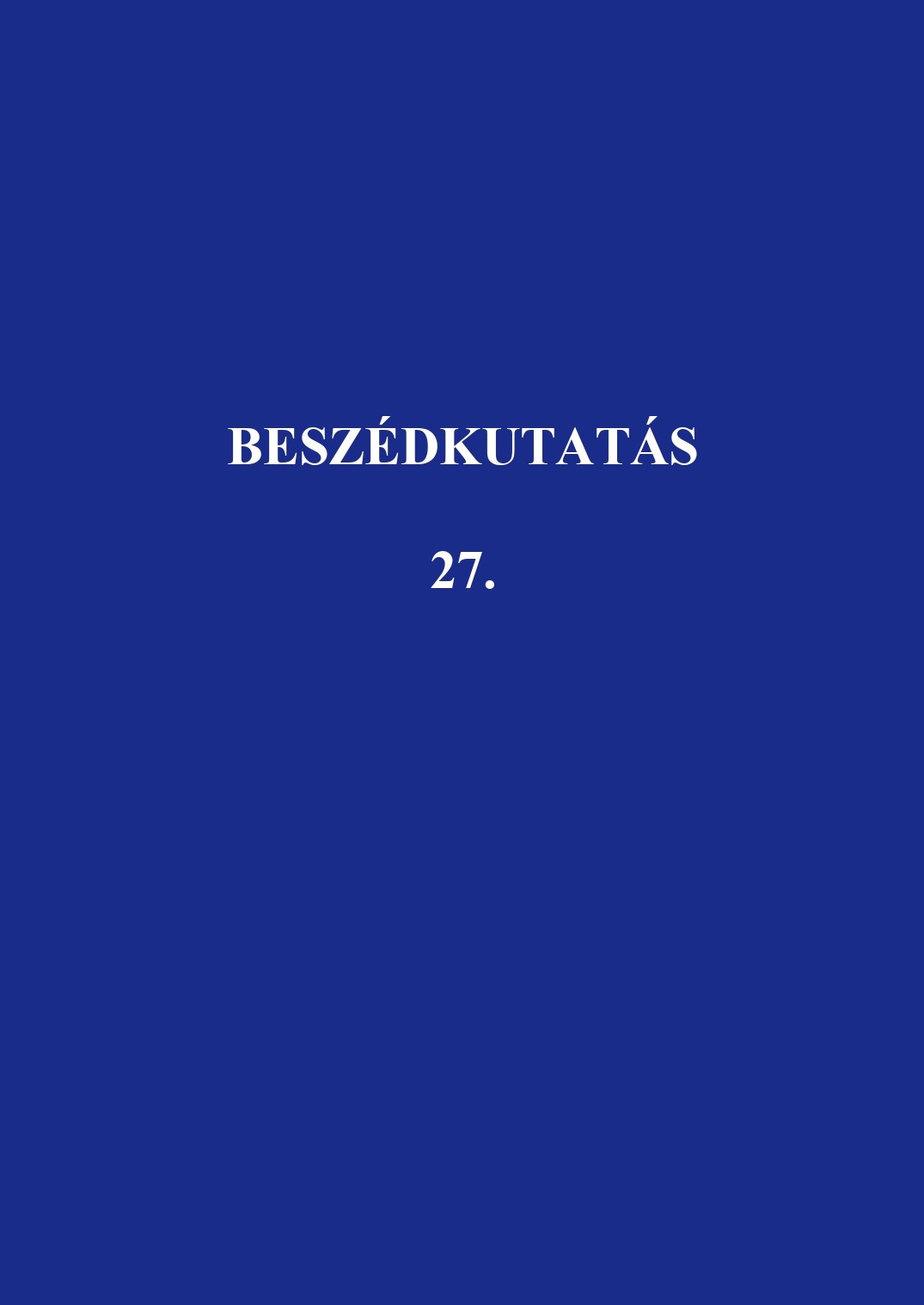