Zsolt Bojti
Eros and AgapeErotext in the Exposition of Imre: A Memorandum by Edward Prime-Stevenson

Fin-de-siècle gay literature in English operated with a double narrative: one narrative
offers a historical (and ‘innocent’) reading available to general readership; the other offers a personal (often illicit) reading available to the susceptible and initiated
readers only. The double narrative, thus, allowed authors to give subtle visibility to same-sex desire in their works that would evade censorship. This paper argues
that there is a similar double narrative in the exposition of Imre: A Memorandum by American music critic and émigré writer Edward Prime-Stevenson. The double
narrative of the novel, however, differs from that of prior gay literature. I argue that Prime-Stevenson thought it was a literary sin that prior gay literature offered a sensual,
erotic, or even pornographic, subversive secondary reading to susceptible readers. In my reading, Prime-Stevenson consciously planted cues in the opening
of the novel, thus, created an erotext to trigger a similarly subversive and illicit reading of his text. However, Prime-Stevenson used this technique to demonstrate that
purely erotic literary representations denigrate same-sex desire; therefore, in what followed, he presented a different, agapeic view on same-sex desire. The paper substantiates
that Prime-Stevenson’s intention was to break away from earlier narrative ‘traditions’ of gay literature to offer a naturalised and legitimised representation and ‘script’ of ‘homosexuality’ per se. Prime-Stevenson did so in a crucial period of time, as the term ‘homosexual’ just barely entered the English language and its pejorative
connotations may not have been set in stone. The paper, as a result, casts a new complexion on sexuality as a literary phenomenon and the relevance of the
narrative technique in the exposition of Imre, which plays a crucial role in Prime-Stevenson composing one of the very first openly homosexual novels in English, which
have a happy ending. 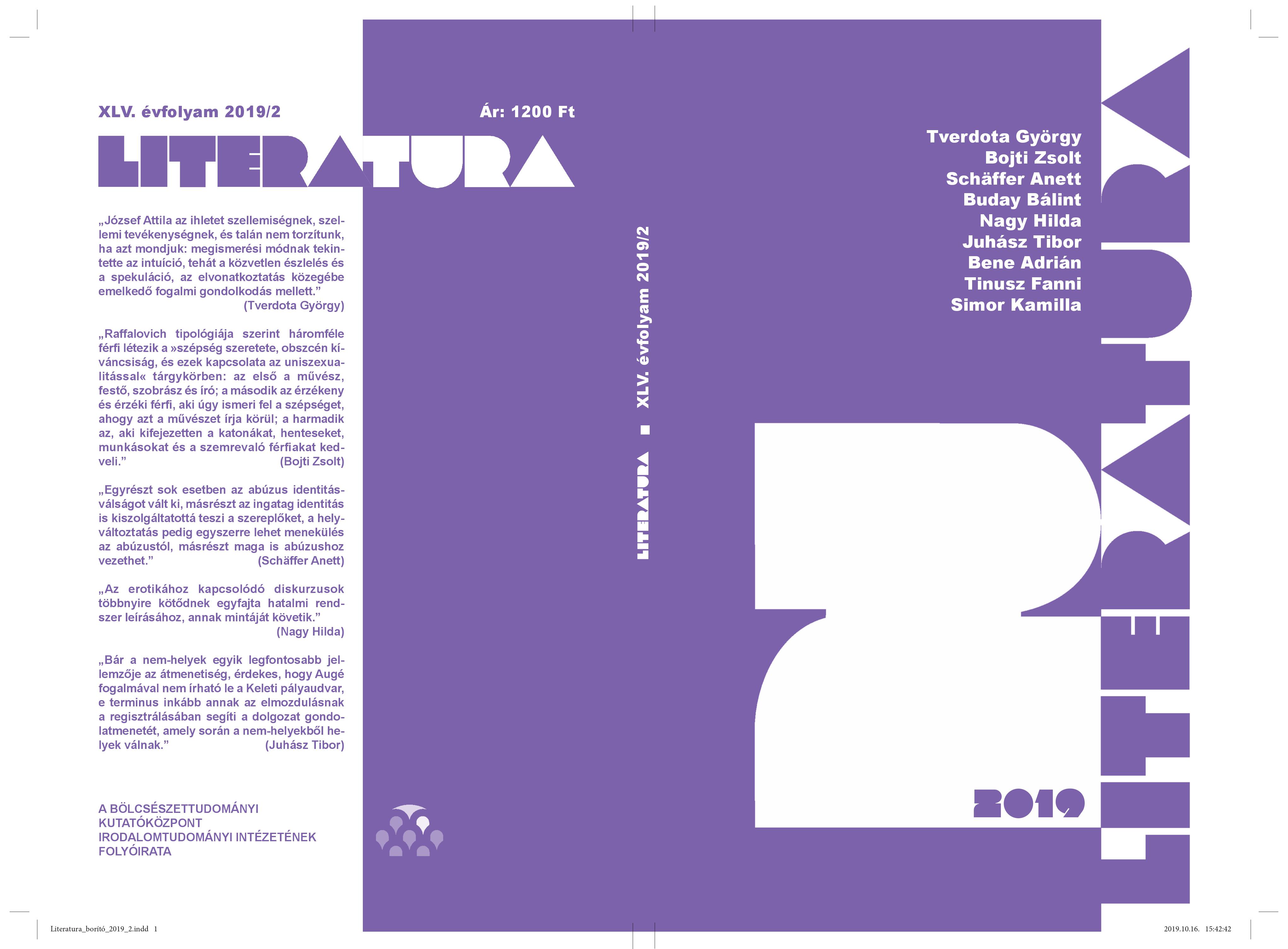